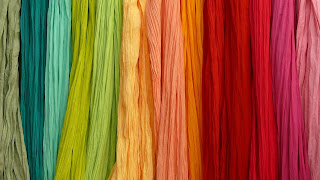 What is Fusing Process in textiles ?

Fusing service is one kinds of alternative method of fabric joining which is widely used to attach the interlining. At present, apparel manufacturing cannot be imagined without fusing process. In fusing process cut components or separate parts of a lay (blocks of components) are fused with interlinings that are coated with thermoplastic resin. Fusing service certain components creates strength and stability and improves the shape and crease resistance of a garment. Fusing of the components is usually performed in a cutting room as this process must be performed after material cutting and before the final operations in a cutting process (quality control, sorting and bundling of cut components).
Each apparel manufacturer persistently attempts to manufacture garments with instant sales appeal. Nevertheless, one of the vital materials, fusible interlining, which is utilised for nearly almost every component of outerwear, has no sales appeal because it is imperceptible to the consumer. The method of fusing interlining to the garments started in Europe in about 1950 and in Japan in about 1960. Today, about 80% of all garments necessitate the use of interlining.
Fusible interlining is the process where the wrong side of the fashion garment panel is fused with a thermoplastic resin and can be bonded with another strip of fabric by the proper application of pressure and heat at a specific temperature and time. The fusible interlinings improve the appearance of finished garments through:
Stabilisation and control of crucial regions of the garment. Strengthening of particular design features. Without much change in the draping quality of the top cloth. Maintaining the crisp and fresh look of the base fabric.
Fusing Presses and Their Characteristics: The fusing process is performed by special fusing presses. They can be divided into two groups according to the way they perform the work process: discontinuous work process (flat) fusing presses and continuous work process fusing presses.
Discontinuous work process fusing presses realise sequential, separated from each other fusing process. They are less productive and are suitable for small and medium production units. Continuous work process fusing presses enable an ongoing process by moving the components on a conveyor belt. They offer a higher level of productivity and are more energy efficient. Because of these advantages, continuous fusing presses are designed for different power production units and used more often.
Discontinuous work process fusing press: The discontinuous fusing press is generally flat bed, which has a heating zone with two work surfaces. The other arts are handle, head and buck. Depending upon the construction, there are two ways in which the work surfaces may move to open the press such as: an upper surface which folds sideways (fusing plate press)

and an upper or lower surface, which is moved whilst maintaining its parallel position. The discontinuous fusing press is flexible for a range of materials, needs low maintenance, which are designed for low to medium sized production requirements.
Continuous work process fusing press: The operation of this type of press (see Figure) depends on a continuously moving conveyor belt, which moves the face fabric and its interlining components in and out of the heating chamber. The heating chamber of an advanced continuous fusing press consists of several (up to 7, 9 or 12) individually controlled separate heating zones for the even distribution of heat. The temperatures for the upper heating zones (which heat the interlining) and the lower heating zones (which heat the face fabric) can be adjusted separately and precisely using a special heat control system. The long heating chamber with its several heating zones extends the heating time and ensures a gradual temperature increase so that the cut components can be fused perfectly even under lower temperatures, avoiding fabric shrinkage and fading. The heating capacity and the geometry of the heating chamber determine the material to be fused. Lighter fabrics require lower heating capacity and shorter heating chambers with fewer heating zones. The main heat should come from the face fabric side, in order to have the melting resins flow towards the face fabric. For heavier fabrics higher heating capacity and a longer heating chamber with several heating zones are needed. Heating from both top and bottom sides, with separate thermo control, ensures the correct temperature balance. continuous fusing presses Figure: The schema of a continuous fusing presses: 1, loading and feed (lower) conveyer belt; 2, upper conveyer belt; 3, upper heating zone; 4, lower heating zone; 5 and 6, pressure rolls; 7, exit conveyer. Purpose of Interlining:
To make sewing easier and to increase throughput: Since the speed of sewing machines is very high, the material must be in perfect structure and shape before sewing. Therefore, the operator efficiency could improve. Suppose if interlining is fused onto the material. It keeps its shape, therefore saving time and labour.
Maintaining shape and improving appeal of the garment: The interlining fabric improves the garment appearance while preserving the form of the garment.
Making a functional, easy to wear product: By the use of a permanent press method, the sewing of garments becomes easy and a good quality product is made, which is easy to care and easy to wear. The main objective of pressing is to enhance the look and durability of the garment shape.
The cost for this service varies from fabric to fabric and the maximum width of the fabric should be “66”inches.

We are only looking for queries from Mumbai and around Maharashtra.

Posted by sanaprocess at 10:03 No comments:

what is felting in textiles

Decatising or decatizing, also known as crabbing, blowing, and decating, is the process of making permanent a textile finish on a cloth, so that it does not shrink during garment making. The word comes from the French décatir, which means to remove the cati or finish of the wool. Though used mainly for wool, the term is also applied to processes performed on fabrics of other fibers, such as cotton, linen or polyester. Crabbing and blowing are minor variations on the general process for wool, which is to roll the cloth onto a roller and blow steam through it.

Decatized wool fabric is interleaved with a cotton, polyester/cotton or polyester fabric and rolled up onto a perforated decatizing drum under controlled tension. The fabric is steamed for up to ten minutes and then cooled down by drawing ambient air through the fabric roll. The piece is then reversed and steamed again in order to ensure that an even treatment is achieved.

Posted by sanaprocess at 05:23 No comments:

What is Calendering process in Textile(garment) industry ?

Calendering of textiles is a finishing process used to smooth, coat, or thin a material. With textiles, fabric is passed between calender rollers at high temperatures and pressures. Calendering is used on fabrics such as moire to produce its watered effect and also on cambric and some types of sateens.In preparation for calendering, the fabric is folded lengthwise with the front side, or face, inside, and stitched together along the edges.[1][2] The fabric can be folded together at full width, however this is not done as often as it is more difficult.[2] The fabric is then run through rollers that polish the surface and make the fabric smoother and more lustrous.[3] High temperatures and pressure are used as well.[2][4] Fabrics that go through the calendering process feel thin, glossy and papery.[2]The wash durability of a calendared finish on thermoplastic fibers like polyester is higher than on cellulose fibers such as cotton. On blended fabrics such as Polyester/Cotton the durability depends largely on the proportion of synthetic fiber component present as well as the amount and type of finishing additives used and the machinery and process conditions employed.Contents    1 Variations        1.1 Beetled        1.2 Watered        1.3 Embossed        1.4 Schreinerhttps    2 History    3 See also    4 ReferencesVariationsSeveral different finishes can be achieved through the calendering process by varying different parts. The main different types of finishes are beetling, watered, embossing and Schreiner.[5]BeetledBeetling is a finish given to cotton and linen cloth, and makes it look like satin. In the beetling process the fabric goes over wooden rollers and is beaten with wooden hammers.[5]WateredThe watered finish, also known as moire, is produced by using ribbed rollers. These rollers compress the cloth and the ribs produce the characteristic watermark effect by moving aside threads as well as compressing them.[2][3] This leaves some of the threads round while others get compressed and become flat.[5]EmbossedIn the embossing process the rollers have engraved patterns on them, and the patterns become stamped onto the fabric.[5] The end result is a raised or sunken pattern, depending on the roller.[6] This works best with soft fabrics.[5]SchreinerSimilar to the watered process, in the Schreiner process the rollers are ribbed, only in the Schreiner process the ribs are very fine, with as many as six hundred ribs per inch under extremely high pressure. The threads are pressed flat with little lines in them, which causes the fabric to reflect the light better than a flat surface would. Cloth finished with the Schreinermethod has a very high lustre, which is made more lasting by heating the rollers.[5]HistoryHistorically calendering was done by hand with a huge pressing stone. For example in China huge rocks were brought from the north of the Yangtze River. The pressing stone was cut into a bowl shape, and the surface of the curved bottom made perfectly smooth. After a piece of cloth was placed underneath the stone the worker would stand on the stone and rock it with his two feet in order to press the cloth.
Posted by sanaprocess at 01:51 No comments:

What is Foiling Process in Garment industry ?

Foil Printing is a trending printing process in which the foil (glossy sheet in colors like gold, silver etc) is used to give better look to t-shirts or garment. An adhesive is applied on garment via screen printing process and then the foil is applied to the garment via heat press Foil screen printing is applied to your garments by first printing your design with special glue. We then adhere the foil to the glue with our heat press. The combination of heat and pressure seal the foil before the excess is removed. The results are always sure to turn heads and create smiles.
Foil printing is the process of adding foil accents to your printed pieces. Rather than ink in foil stamping uses a metallic material to add embellishments to your printed products. Heat, pressure, metal dies and foil film are used in the Foil printing process. If you have the right equipment then, this process may be simple, you can directly apply foil printing to clothes. The foil is first of all printing and cut using special glue and a press. Then, the colored foil is stuck to the fabric using a heat press. oil Printing is a way to give your t-shirt design and add Sparkle that makes them stand out it works great as a design , accent as well as bold iconic statement, your design will POP , Foil is premium method  so it should be done correctly
most of the common foil colour are

The hot foil die is attached to the machine and heated up.    Foil is placed between the die and the substrate to be printed.    Pressure is then applied by pulling the handle of the machine to bring the two briefly together to adhere the foil to the substrate.

Posted by sanaprocess at 05:32 No comments:

Email ThisBlogThis!Share to TwitterShare to FacebookShare to Pinterest
Labels: Clothes Processor and Manufacturer

The Curing Process (Links in the discription)

Hi everyone! Hope everyone is having good experience with us. This is the time of year for sharing what you’re thankful for. And our customers are at the top of our list. Since we are serving since 1970, we believe in quality not quantity. We are one stop sollution for every fabric processing services as we have different different varities.For more information please go through this page or reach us at sanaprocessors@gmail.com

Posted by sanaprocess at 07:09 No comments: